This festival began in 2003 when Southwick was going 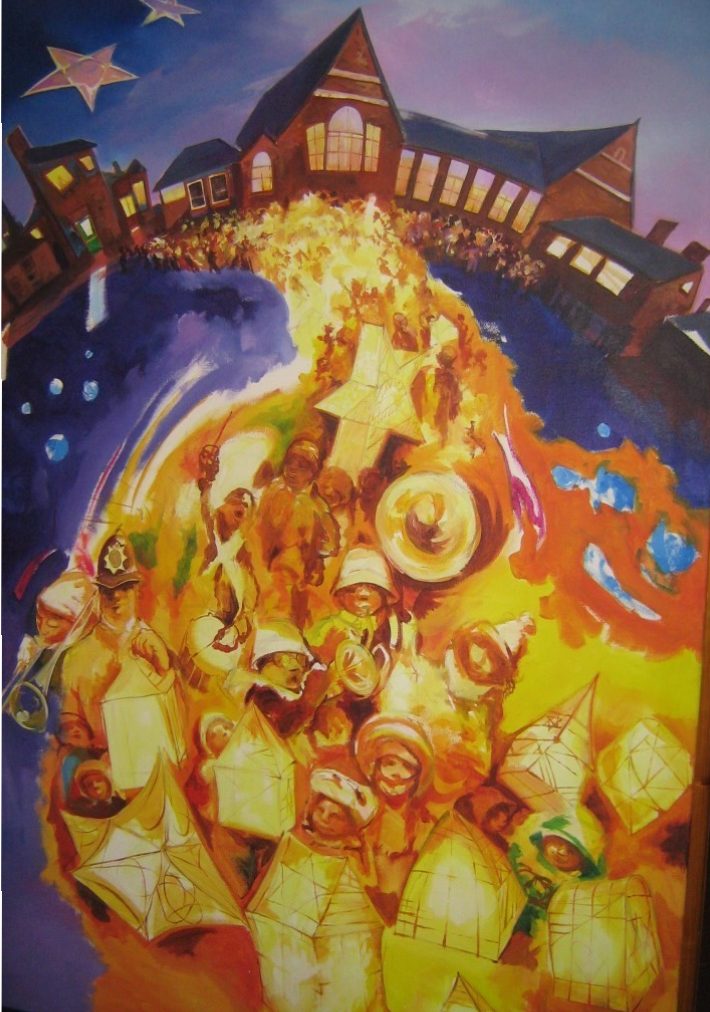 through massive regeneration, demolishing the existing post war houses. The families of our school who had lived in the community most of their lives were being separated from their extended family network and they were rehoused to other areas of Sunderland. We found that our parents/carers were suffering from stress and other health issues as a result of this, which was having an impact on the children in school.

A meeting with an artist called Mary Robson who worked in a school similar to our own introduced us to lantern making and its therapeutic effects. She was working in a district in Gateshead doing a lantern event with their parents and community members and discussed the long term benefits this had with the families which sounded amazing.

We wanted the event for our school to have a whole community involvement inclusive of local care homes, police, housing groups and community agencies to provide holistic activities for the parents. The benefits from activities such as these are to build on and in some cases enhance the skills of the community, build family links, socially and emotionally with each other and the school.

We achieve this by the use of:-

Our annual Southwick Lantern Festival has been a part of the history of the community since 2003. It is a celebration of families, friendship and community spirit. The workshops are facilitated by two local artists who work with the children and adults to develop their art skills, creating situations to improve language, support conversation and socialisation within the family unit. 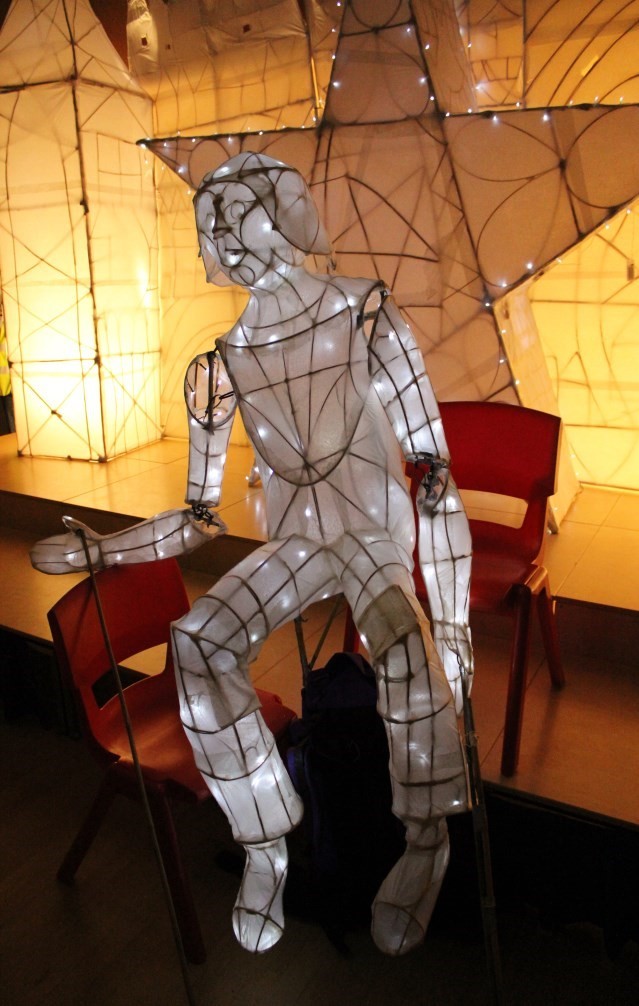 house shapes and whatever the theme is. The light in each lantern signifies the ‘life spirit’ inside the home and the lanterns also have a star which will hold that families dreams and wishes.

The lanterns were originally made into the shape of houses representing the houses that had been pulled down in the area, as part of the regeneration of the new estate. Some of the adults are now so skilled they create amazing constructions such as royal coaches, elephants, animated people and angels depending on what the theme is for that particular year linked to the subjects that the children are being taught in class, past themes have been Traditional Stories, The Rights of the Child, Oceans of  Emotions linked to PSHE and A Selfie for Syria. In 2015 the children raised money to support the Paddington Project by paying to have their photos taken with their favourite bear.