Ten of our Year 6 children were nominated for the 2015 City of Sunderland Young Achievers Art Award. 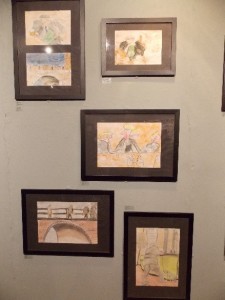 The art work on display was in the style of Norman Cornish, a twentieth century artist who depicted life in the working town of Spennymoor.

As stated by Cllr Porthouse, the Mayor of Sunderland, the work was of a very high standard and was recognised at a celebration event at the Washington Art Centre on Thursday January 29th.

Leah Guthrie is our overall winner and was chosen by the award sponsors to go to the ceremony at the Stadium of Light in March.

All of the entries were amazing and the judges had a very difficult job to do.