What a week for the Southwick Girls’ Football team! 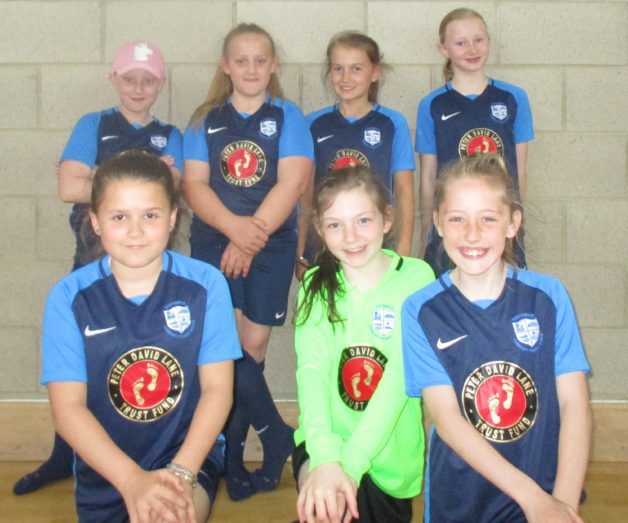 First, on Tuesday they took part in the Primary Stars Girls World Cup Celebration at the Beacon of Light. A 5-a-side tournament in the style of the FIFA Women’s World Cup, the girls’ represented Chile. After the first round of group matches, they were entered in to the Bronze tournament – which saw a fantastic set of performances secure four wins out of four games to win the trophy!

If this fantastic achievement wasn’t enough, the girls then carried their wonderful form over to the Jill Scott Cup held at home on Thursday evening.  The first game saw a tenacious performance rewarded with a 2-0 victory over St Benets B. This was followed by another fantastic display, leading to a 2-1 victory against a talented St John Boscoe team. Although the next game saw a 2-0 defeat to St Benets A, the girls did not let it get the better of them and saw out a 0-0 draw against Town End Academy to secure second place and progress to the final! It was fantastic to see the girls grow in confidence, play good football, show great resilience and above all really enjoy themselves. They represented the school perfectly, and we are all extremely proud of them.

Player Ratings (for the week):

Kia Fox, 9 – Getting better all the time, brave as a lion!

Dayni Loughlin, 9 – Fast as lightning and improving with every game. Got her first goal and was absolutely delighted.

Olivia Simpson, 9 – What an improvement, was fantastic in defence and up front. Chasing every ball and another to get her first goals for the school.

Lily Moan, 9 – Combined her good footwork with some solid defensive displays, getting better all the time.

Olivia Scott, 9 – Sensational. Made several dangerous runs and was unstoppable at times.

Alisha Sewell, 9 – Fantastic striker of the ball, a real poacher. Also played extremely well in goal after stepping up when Kia had to go off injured.

Nikki Lawson, 9 – Another to get her first goal for the school! Came in for the Jill Scott Cup and played extremely well.